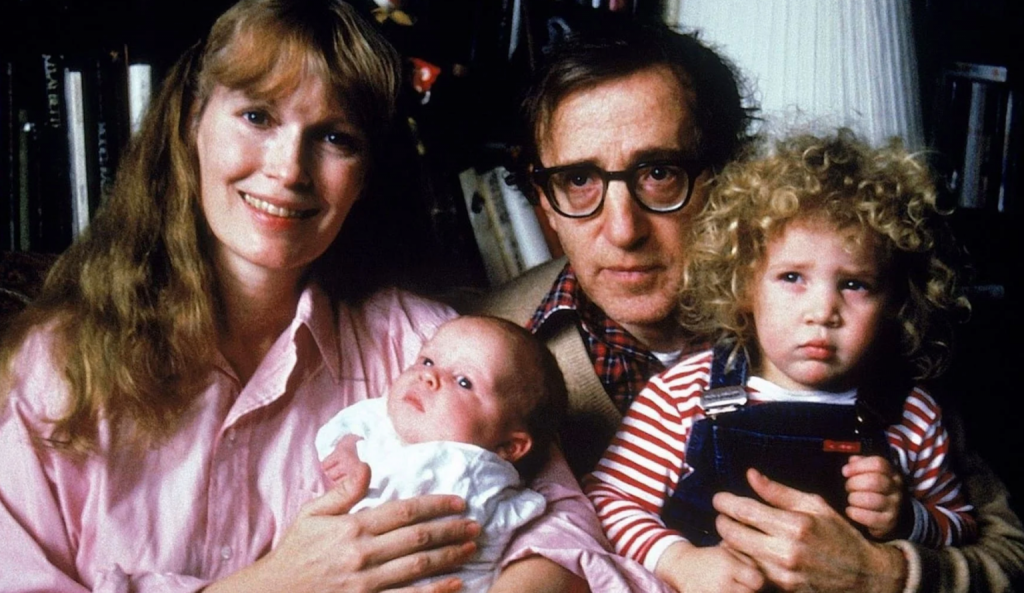 Allen v. Farrow versus Apropos of Nothing – should I put this in a podcast or write about it?

I had thought about whether or not I should write this as a response to an earlier podcast or whether I should record a separate podcast dedicated to the subject. Clearly, I’ve gone with writing about it here. And to forewarn anyone that reads this, I can be quite impatient in how I write so bear with me. This might come off as more of a stream of conscious rather than a carefully proofread article of perfection.

Idolizing a creative person is a dangerous thing. Fame and reverence tend to create an option for giving people a free pass and more room to move around with less scrutiny. “A genius would do that…” “Would say that…” “Oh, you can’t understand a brain that clever.” “They live outside of the everyday man’s norms.” I could very easily come up with more sayings we’re used to attaching to people we respect.

Woody Allen is an artist I love. His writing, films, work, even in-person appearances, I enjoy. And upon reading and then listening to “Apropos of Nothing,” his autobiography, I took the side of the accused in a very disturbing accusation. He made compelling points in his references to the event and the people surrounding it.

The term “parental alienation” made sense, the idea of a partner scorned and the notion that because he took up a societally deemed inappropriate relationship with her adopted daughter would warrant an, “I’ll take you down if it’s the last thing I do” mentality made sense as well.

His arguments surrounding how ludicrous it would be for him to have sexually assaulted her during this visit with people around, desperately and quickly as if his insatiable desire were unable to ignore and had to be quenched also sounded far fetched. But that’s the opinion of a fan with bias. I, in the podcast we recorded, whole-heartedly expressed my belief that what Allen has asserted is true.

The reverse of that is what “Allen v. Farrow” the HBO documentary showcases. Of course, because HBO consistently produce amazing and professional content, the documentary is interesting, compelling and highlights the argument from Dylan Farrow, the victim’s side. It attaches to itself references to court documents, interviews with key legal officials and testimony from experts. While it’s clearly a documentary with a purpose, one to showcase their side of the story, the information seems irrefutable. With that my confidence in the he said/she said argument and siding with the artist I revere has weakened.

The filmmakers Amy Ziering and Kirby Dick have spoken about going meticulously through tens of thousands of pages of records, interviewing many and exploring all claims. Woody Allen and his wife Soon-Yi Previn have stated, “These allegations are categorically false. Multiple agencies investigated them at the time and found that, whatever Dylan Farrow may have been led to believe, absolutely no abuse had ever taken place. It is sadly unsurprising that the network to air this is HBO — which has a standing production deal and business relationship with Ronan Farrow. While this shoddy hit piece may gain attention, it does not change the facts.”

I can’t say that I’m confident fully in either side. I want the truth to be one thing, but the documentary showcases points hard to ignore.

When people muse on the art versus the artist or the particular crime involved you enter into very unclear territory. You can love the work but hate the man or vice versa. But the court of public opinion is one that I feel should never try anyone, solely the people involved through the judicial system.

I recommend all of those that are interested in the matter check out both HBO’s “Allen v. Farrow” documentary and compare it to Woody Allen’s autobiography “Apropos of Nothing” (whether you wish to read or listen to the audiobook) and come up with your own opinion on the matter if you can. I can’t. I’m torn as a fan but also empathetic as the documentary portrays an abuse victim and the trials she went through, be they experienced or coached.

With regards to my comments on the matter on an earlier Broken English podcast, all I would add is that you shouldn’t comment on matters as a member of the public and not someone directly involved with a situation. It should go without saying, but apparently to me it should. “A wise man once said nothing…” and, “When in doubt say nowt.” Allen v. Farrow versus Apropos of Nothing is up to the individual to judge now that it’s no longer in the courts.

It’s up to you, dear reader/viewer to make up your own mind. But then again, is it really the public’s business to weigh in on a serious personal matter.