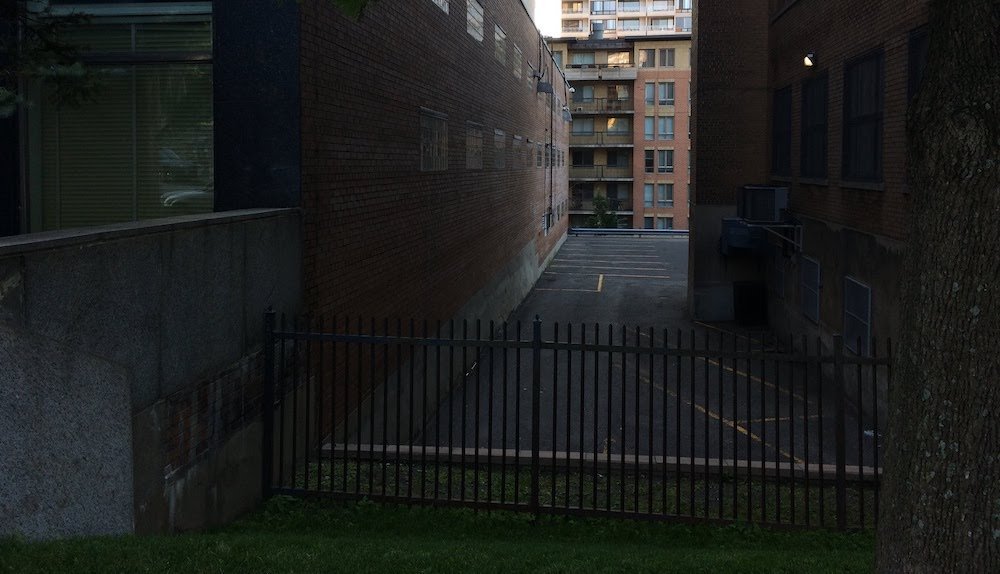 In this “Behind the screenplay” post you’ll discover some additional information on the “Ruptured” TV show.

The Ruptured TV series was originally intended to become a film, a trilogy specifically, but it ended up being too in depth to remain one piece. It was written over the course of 6 years in Vancouver, Montreal and San Francisco amongst other cities.

Inspired by conversations between Hugo and his father, the Ruptured TV series was initially dreamt up by Hugo’s father pointing out how close we are to all major cities falling apart if trucks stopped or were unable to deliver goods. The way the world works and today’s global economy mean that with our sprawling urban setups, we’re rarely very close to farms or the resources we need. Those that are would be privileged, but even in those cases, the populations surrounding any resource would too likely be greater than their respective supply.

The first Ruptured TV series tries to get us to that horrible scenario so that in the next season, that’s where our characters are now stranded.

A little backstory that you won’t see in the Ruptured TV series or read in the screenplay.

A little while ago…

Private meetings don’t circulate press releases. Obviously. Private meetings are set out to disclose and discuss matters that need attention, but not limelight. It’s a pity that not every private meeting is worth the time taken to attend.

This meeting, however, was one that definitely warranted attention and action. The Canadian government did neither.

A guest speaker that had recently held talks after heading an astoundingly comprehensive investigation made his way north following speaking in the United States and the United Kingdom. The purpose of his trip was to highlight this threat in the wake of former terrorist atrocities and help reduce the potential damages of this crippling weapon if by some unlikely instance such was obtained launched.

After going through the typical security checks; personal bag searches after walking through metal detectors, the attendees gathered in a sound proof exhibition hall. The room previously swept for recording devices several times and all attendees were forced to turn off their phones as well as any other devices that could have been viewed as capable of recording.

Within minutes of the last man entering the room, the speaker walked in. Standing just above five and a half feet, the stereotypical scientist looked as one would expect; late fifties, greying, thick spectacles and on the thinner side of the weight spectrum. Clearly his life’s purpose was reserved for this research.

They should have listened.

Gathering a few pages in front of a podium, he connected his laptop to the projector setup which had been pre-fitted. In an also stereotypical nasal voice, the scientist began his speech.

“Hello everybody, thank you for coming. My name is Andrew Bridge, which I’m sure you’ve been informed of already. I’d like to get right into this.”

Presenting different detailed slides, maps and graphs, Bridge highlighted the potential risks if any enemy obtained this sort of weapon in connection to the risks of society’s current infrastructure and how it is essential for there to be more time and planning allocated to tackling these vulnerabilities.

He warned of how with relative ease, if these devices were obtained and detonated at a high enough altitude, entire continents would potentially be wiped out electronically with telecommunications crippled and a country reliant power grid would crumble, disabling nearly everything.

The audience listened to Bridges speech, occasionally whispering criticisms to one another. The overwhelming response wasn’t positive, but politely they listened on.

Above all else he attempted to make clear that he was not scaremongering. “You’re right, this isn’t something simple to construct and launch. But our enemies, both the advanced and amateurs, aren’t going anywhere. Think where we would be left if these weapons succeeded. The rippling effects would be catastrophic. Populations would be massively reduced, and restoration would take months if not years. If they even were restored.”

Upon leaving the room, one politician quipped to another, “Yeah, bullshit waste of an hour.” But politicians, as we all know by now, are often wrong.

“Ruptured” picks up the story a decade later at a point where information is easier to circulate and the wrong hands seem likely to grasp what they shouldn’t.